The future of skincare 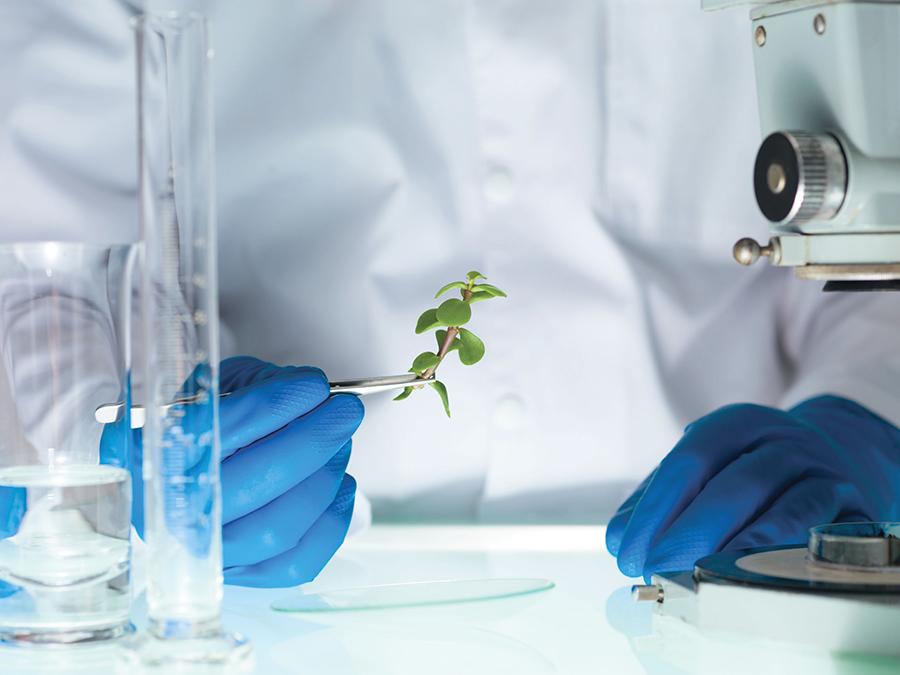 In 2003 the Human Genome Project declared that the sequencing of the human genome was complete after 13 years of intense research. It cost $2,7 billion. Now you can have your genome sequenced in a few days for less than $1000.

These new gene sequencing tools allow scientists to see the human body through a new lens. The Human Microbiome Project got going in 2008 to use these techniques to find out more about the microbes that we have living in and on us. The results have changed both health care and skin care forever.

It didn’t seem to matter where in the body researchers looked, they always found huge numbers of resident microbes in healthy subjects. The role of microbes in the intestine has been the first target of public attention, but there are vibrant microbiomes associated with the skin, the lungs, and the mouth… just to mention a few.

There has been intense scientific interest in microbiome research. The number of scientific references to “skin microbiome” in 2010 was 854 … by 2015 that number had increased to 5070.

It is now abundantly clear that we need our microbes and that without them, we cannot function optimally. Skin disorders (and many other human diseases) are now seen as disturbances in the microbial ecosystem and the old philosophy of “kill the bad microbes” is being revised, with overuse of disinfectants and antibiotics coming under renewed fire.

A new philosophy that is replacing the war on germs is the use of probiotics. Probiotics are live microbes that have a beneficial effect on humans and they are being used to prevent or control outbreaks of pathogenic microbes and also as a boost for healthy individuals.

In skin, topically applied probiotics have been shown to be effective in treating many skin disorders from eczema to third degree burns but it is only in the last year that an innovative skincare company from South Africa started to use this technology to target anti-aging results. Esse Skincare has launched a Probiotic Serum that contains 1 billion live probiotic microbes per ml and the product is making waves in an industry that is overdue for disruption.

The serum caused some consternation with regulators in the EU. Import standards are clear in that they will not allow the import of products that contain more than 10 microbes per ml to protect consumers from poorly preserved creams and lotions. Esse was actively advertising the presence of billions of microbes and it took almost a year to clear the product as safe and effective. Esse eventually engaged with the food regulators to get clearance.

Testing in Germany has shown that the new serum from Esse is safe and also has the ability to improve skin firmness by an average of 16% in 28 days, with 100% of the 20 test subjects showing an improvement.

The product is winning awards and making sales around the world and has established Esse as a leader in global probiotic skin care.

Esse Experience: Huippuluokan kasvohoidot ihon elvyttämiseen
10/05/2022
Recent Posts
Go to Top
We use cookies on our website to give you the most relevant experience by remembering your preferences and repeat visits. By clicking “Accept All”, you consent to the use of ALL the cookies. However, you may visit "Cookie Settings" to provide a controlled consent.
Cookie SettingsAccept All
Manage consent

This website uses cookies to improve your experience while you navigate through the website. Out of these, the cookies that are categorized as necessary are stored on your browser as they are essential for the working of basic functionalities of the website. We also use third-party cookies that help us analyze and understand how you use this website. These cookies will be stored in your browser only with your consent. You also have the option to opt-out of these cookies. But opting out of some of these cookies may affect your browsing experience.
Necessary Always Enabled
Necessary cookies are absolutely essential for the website to function properly. These cookies ensure basic functionalities and security features of the website, anonymously.
Functional
Functional cookies help to perform certain functionalities like sharing the content of the website on social media platforms, collect feedbacks, and other third-party features.
Performance
Performance cookies are used to understand and analyze the key performance indexes of the website which helps in delivering a better user experience for the visitors.
Analytics
Analytical cookies are used to understand how visitors interact with the website. These cookies help provide information on metrics the number of visitors, bounce rate, traffic source, etc.
Advertisement
Advertisement cookies are used to provide visitors with relevant ads and marketing campaigns. These cookies track visitors across websites and collect information to provide customized ads.
Others
Other uncategorized cookies are those that are being analyzed and have not been classified into a category as yet.
SAVE & ACCEPT